Meaningful Use and EHRs: A Symbiotic or Parasitic Relationship?

One of the sources of industry news that I utilize the most is EHR Intelligence, because they are always on point with the fresh news. Also, they help me to make sense of the ever changing rules of the Meaningful Use (MU) incentive program. Recently, they published a great article that recapped a Brookings Institution study (read it here).

To recap the recap, it is the opinion of Brookings that Meaningful Use has stifled the natural selection inherent in the Healthcare IT industry, and thus some really poor EHRs are still in the market simply because they have achieved certification for MU. These poor EHRs are the rotten apples that are making doctors cranky because the goal was not to solve a clinical or operational problem, but to simply use an EHR the way MU says they should.

That led me to the following question: Is the relationship between MU and EHR more like a a tick on a dog or a bird on a rhino? 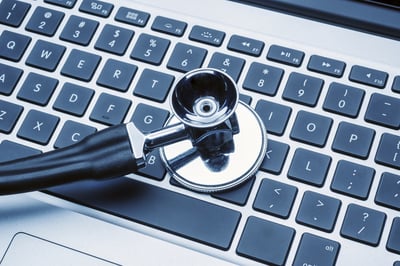 Let's first make the case that MU is a parasite that is hindering crucial industry advancements:

The rules keep changing. Participation is stagnant if not dwindling. Incentive money is all but gone as the penalties begin to creep upwards. The goals of the program have always been to use the EHR the way the government has instructed to meet the greater goals of the program such as interoperability, yet those goals seem to have distracted doctors from using the EHR the way they want to improve their clinical decisions and improve their efficiency.

Now, let's make the case that MU has a symbiotic relationship with EHRs and the program was the catalyst that kick started the industry:

After the inception of MU, from 2011 to 2012, EHR use in doctors went up 46%, according to an ONC data brief from December of 2012. Prescriptions are being sent electronically and soon narcotic prescriptions will be regulated in a similar fashion, putting a serious dent in prescription fraud and other drug abuse problems at both the provider and patient level. Slowly but surely the overarching goals are beginning to be achieved. The new hot stove term in the industry, population health, relies on the use of EHRs, and Health Information Exchanges get their data from aggregation methods employed in EHR databases. In my opinion, the level of advancement and involvement would not be possible without MU to give it all a push in the right direction.

I hate to say it, but I have a foot in each camp when it comes to this debate. I feel the pains of doctors who have unintentionally purchased poor applications and now feel as if their data is being held captive for a sizable ransom, and I believe MU has done considerable good. It turned an overwhelming majority of the medical communities heads and it got them to dip their toe in the EHR waters. Without MU I would not have gotten a job in the industry, and I think a lot of my colleagues can probably say the same thing.